IMS’s diversity and inclusion work is Board-led, guided by the Diversity Committee. An initial step was to increase the number of people of color serving on our Board. Today, one third of Board members self-identify as people of color, and three as LGBTIQ.

We continue to invest significant financial resources in diversity and inclusion workshops for Board and staff, to increase individual and collective understanding of racism, white privilege, microaggressions, internalized racial oppression, homophobia and transphobia, gender identity and bias, as well as other prejudices, and how these manifest in ourselves, our organization and our communities.

To raise awareness among our predominantly white visiting faculty, IMS’s Guiding Teachers provide a variety of resources and information on racism and gender issues.  —from the “About Us/Diversity and Inclusion” page on the official website of the Insight Meditation Society (pretty much chosen at random, since the whole thing reads like this)

First let me make one thing perfectly clear: This isn’t about alt-right white nationalists converting to Buddhism as a true spiritual path for the elite Aryan Übermenschen. True, there are some of those, but with all due respects, at present they’re not the ones I intend to write about. Rather, the western Buddhist white elitists I’m concerned with here are feminized left-wing progressive “Starbucks Buddhists,” including those of the so-called Vipassana or Insight Meditation movement. There are lots more of those than Master Race Buddhists; in fact they may, for all I know, constitute the majority of westerners who profess Buddhism.

Symptoms of this elitism include, but are not limited to: multimillion-dollar luxury meditation resorts charging five-star rates for their retreats (not all white elite meditation centers are like this surely, although the ones that are, are the most prestigious ones, and the paragons to be emulated); meditation tourism and “pilgrimages” costing thousands or even tens of thousands of dollars (not including air fare); spiritual fashion trends of the Beautiful People, the Buddhist or eastern-spiritual jet set, such as famous gurus and meditation teachers that one should fly halfway around the world to meet; and of course, politically correct globalist cultural Marxist “progressivism” permeating the spirituality, or at least the attempts at spirituality, with politically correct altars honoring gender equality, and with no candles or incense allowed because they may produce harmful air pollution.

There is considerable overlap between this group and western feminists, who also tend to display a disproportionately heavy representation of upper middle class, college-educated white women, with a strong contingent of lesbians. Not that I necessarily have anything against lesbians.

The trouble for a politically correct white elitist movement is that whiteness itself is practically politically incorrect; it’s something for which to be ashamed, or at least apologetic. Certainly it is perceived as something to be “mindful” of, with some elite Buddhists even practicing a kind of Mindfulness of White Privilege meditation. European ancestry is the new original sin to be atoned for by white members of the new cult of Social Justice—and don’t kid yourself: Social Justice is the primary religion for these folks, with Buddhism being of secondary importance, a kind of hobby or lifestyle “app,” a way of spiritualizing the neo-Marxism.

Hence the borderline desperate efforts to recruit brown people into their ranks, with discounts (amounting to monetary discrimination against whites), recruitment drives, appeals…and the few brown-skinned folks who join up and make some progress in meditation (especially if they’re not Asian) are likely to be placed in conspicuous, high-profile positions in order to make the cult look like it isn’t really a white elitist movement after all. A black Vipassana teacher is practically guaranteed to be extremely welcome at the luxury Dharma resorts, with star billing in the newsletters.

Nevertheless, the ranks of the Starbucks Buddhists remain overwhelmingly lily-white. The same goes for feminist women’s marches; at least one or two of which were cancelled not long ago, or so I have read, because their marchers were too predominantly, embarrassingly Caucasian. Not even many working-class whites are involved in either group; it’s mostly college-educated white left-wingers. (I almost referred to them as “liberals,” though the left in the west is no longer really liberal: it’s Marxism 2.0.) 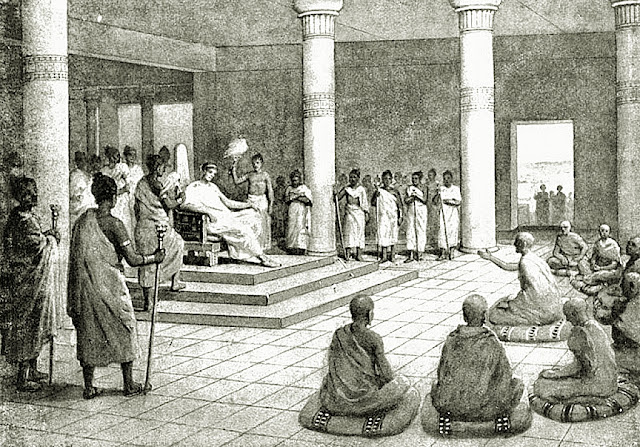 One difference from the whiteness of alt-right white nationalist movements is that these white elitists are strongly represented by a Jewish contingent. Most, almost all, of the biggest names in the lay Vipassana movement, for example, are Jewish; though few western monks are, aside from Bhikkhu Bodhi, who nevertheless is one of the most “progressive” and ultraliberal voices in the Sangha, east or west. There may be a few other famous bhikkhus of Hebrew ancestry, but I don’t know who they are. (Also I have no idea of how many Jewish Buddhists or “JuBus” there are in the Goenka sect of Vipassana Buddhism.)

Coincidentally, putting non-whites up front in the Starbucks spirituality movement, if any non-whites are available, to make it look less offensively white, is a move essentially similar to what predominantly Jewish groups have taken in the past with regard to goyim in general. Freudian psychoanalysis, Boasian anthropology with its cultural relativism and anti-Darwinism, orthodox Marxism, and groups like the ADL and even the NAACP, have been, historically, directed and operated by Jews, with gentile faces (and black ones in the case of the NAACP) placed in conspicuous positions to downplay Jewish predominance. I have read that the NAACP was established in 1909 and did not have a black, non-Jewish president until 1975…but I digress. I only mention this to demonstrate the general strategy, not to bash Jewish Buddhists, or Jewish people in general.

(I may as well add, in parentheses, that I disagree that there is any Jewish conspiracy to control western Buddhism, or to influence Buddhism in the west for the purpose of furthering specifically Jewish interests. At any rate I have seen no persuasive evidence to support the idea. Not only are there lots of “JuBus” out there, there are lots of Jewish Hindus also, including Ram Dass and Andrew Cohen (at least Cohen’s primary teacher was a Hindu). The quasi-Marxist hippies of the late 60s, with plenty of Jews among their ranks, gravitated more towards Hinduism anyhow, as it’s more emotional, more garishly colorful, more drug-oriented, and less austere in general. Some people raised Jewish are simply dissatisfied with the blatant this-worldliness of their ancestral religion, and seek something more profound. But these are topics for some other time.)

A complication with white elite Buddhists not wishing to appear as white elitists, which they nevertheless still are, is that few non-white people are interested in western-style ultraliberal Buddhism. Asians have their own ethnic Buddhism, which is based on much more than just elementary meditation techniques and cultural Marxism, and which in their eyes is not a decadent, corrupt cultural aberration which belittles the importance of monasticism and radical renunciation, and in which lax, lukewarm, relatively ignorant laypeople (ignorant of Pali literature anyway) call themselves Sangha. The Asians’ own preferred form of Buddhism has its own decadence and cultural corruption, but they are raised into it, and don’t seem to mind.

Meanwhile, blacks, Hispanics, and native Americans lack the culture, and possibly most of them the general cognitive skills or intellectuality, to be attracted to an elitist movement appealing mainly to intellectuals, or at least pseudo-intellectuals with university educations. The few Hispanic Buddhists I have met appeared to be pure-blooded Europeans of the Latin American upper classes, not Mesoamerican Indians or mestizos. I have met a total of two black Buddhists that I can remember, and I have a pretty good memory; although I recently received an email from a third one, in Kenya.

The sort of stuff which appeals to simple villagers in Asia, and which might appeal to simple westerners with little intellectual or scholastic aptitude, is mostly rejected or ignored by western elite Buddhists. Western Buddhism at present consists mainly of secular ultraliberals who have adopted meditation as a relaxing hobby, a natural, non-chemical substitute for stress-relief medications. I freely admit, though, that there are western ultraliberals out there who are sincere spiritual seekers, many of them good and relatively wise people—not only among the Buddhists, but among Christians, Hindus, Sufis, Taoists, and New Agers, and presumably even among Pagans, occultists, and esoteric Hitlerists.

Aside from the Buddhism itself, or the western interpretation of same, the feminism and cultural Marxism which pervade western elite Buddhism also tend to be of little interest to brown ethnicities, outside of desire for free stuff, getting the cards stacked in their favor, and blaming Whitey. The extremely nuanced inanity of the progressivism taken so seriously, even religiously, by white college-educated progressives is beyond most of them. For instance, the average non-white non-elitist doesn’t give a damn about microaggressions, internalized misogyny, the evils of plastic straws, or potentially harmful fumes emanating from incense sticks.

Ironically, the Starbucks Buddhist aristocracy are virtually a white supremacist movement, not deliberately but in effect. They don’t intend to be supremacists, or even elitists for that matter, but things often turn out differently than intended. Besides, outrageously ironic self-contradictions appear to be the speciality of cultural Marxists. Rational objectivity, after all, is a tool of white patriarchal oppression. There are actually neo-Marxists in academia who assert this.

Some readers might level an accusatory finger at me also with regard to white supremacism or elitism, especially after my comments on brown people lacking the intellect to be much interested in western Buddhism, or based upon my status as a “Great Elder” in an originally Aryan ecclesiastical hierarchy; but whether I am a supremacist also is irrelevant. At any rate, that is a subject for some other time. 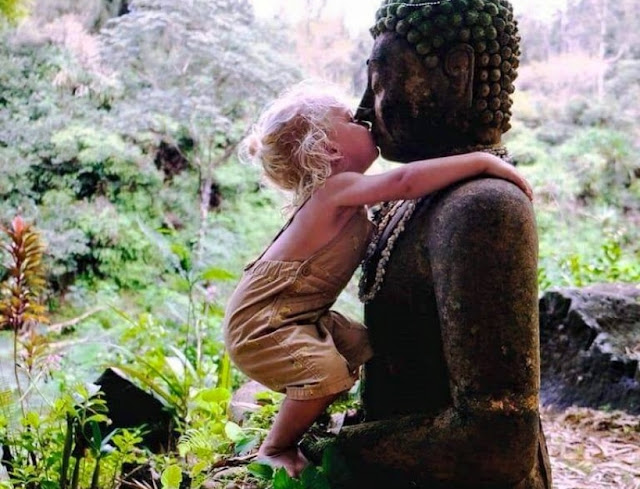