Why Sex Is a Moral Issue


You have heard that it is said, “Do not commit adultery.” But now I tell you: anyone who looks at a woman and wants to possess her is guilty of committing adultery with her in his heart. —Jesus of Nazareth, in the New Testament

I undertake the precept to refrain from misconduct with regard to sensual desires. —the third of the Buddhist five precepts

All major religions, with the possible exception of something like satanism, agree that overindulgence in sensuality is immoral. Different systems have different rationalizations for this judgement (for example, “just because God says so”), but the underlying intuition is probably pretty much the same: sexual wantonness ultimately leads to unhappiness, if not in the short term then in the long run, if not in this life then in the next. The same goes for carnal overindulgence in general: gluttony, drunkenness, luxurious living, idle and “decadent” entertainments, and so on.

A basic function of mass religions, as a general rule, has been to maintain the stability and well-being of society; thus the various sexual taboos to be found in traditional religious systems, including taboos against incest, homosexuality, etc. For a society to be strong, even harmonious, it helps if men stay away from the wives of other men, and wives are modest and faithful to their husbands. Sexual morality also promotes health and a stable family, which of course promotes the bringing forth of the next generation…though there is much more to sexual morals than simple stability and promulgation of society in general.

An extreme example of sexual misconduct is rape, which is gross immorality from a Buddhist or even an atheistic, secular humanist perspective, but which, however, is not universally condemned by all religions under all circumstances. Islam, for example, evidently allows the rape of female prisoners of war, and the prophet Muhammad notoriously indulged in it himself, including one egregious case after the Battle of Khaybar in which the woman’s dead husband lay on the ground outside the tent after he was tortured (in an attempt by the Muslims to force him to divulge the location of any hidden money) and executed (for failing to do so). Biblical Judaism may be not so different, as the Jews’ own Lawgiver also condoned mating with female prisoners of war, without much consideration of how the females themselves felt about it. Other religions might allow, at the very least, a husband compelling his wife to perform her wifely duty, so to speak (or even vice versa, with the wife compelling the husband). In Buddhism of course, with its extremely finely tuned ethical philosophy, rape is absolutely condemned, and the rape of a nun is considered to be an offense so abominable that it practically guarantees hell—or purgatory, or whatever Buddhist realms of torment would be called, considering that the torments are not eternal.

For the average Buddhist lay practitioner sensual misconduct is covered by the third precept, quoted at the beginning of this discussion. The five precepts are considered to be enumerated in order of importance, or the severity of the transgression; thus sensual misconduct is traditionally considered to be worse than lying or drinking alcohol, but not so bad as killing or stealing. Although the third precept is often glossed as a prohibition of adultery, it is rather more restrictive than that, although it doesn’t go so far as totally to condemn fornication: that is, sexual relations between two people who are not formally married to each other, or to anyone else. The standardized explanation of what constitutes transgression of the precept is largely in the form of a list of females that are off limits to a Buddhist layman—the precept is described from a masculine point of view presumably because men have had greater freedom of choice, which was especially the case in ancient India, where the precept arose. What the traditional list amounts to is a prohibition of a man having sex with any female under the guardianship or protection of somebody else, including not only the wives or fiancees of other men, but the slave girls of other men, unmarried girls still living with a parent or guardian, female prison inmates, and so on. Wanton promiscuity, such as resorting to prostitutes, is also forbidden by the third precept. So sex without formal marriage is permissible under certain circumstances, so long as the woman is “free,” and so long as the union is not mere promiscuous indulgence in sensual pleasure, i.e. it should be motivated by actual love and not mere lust. Sexual union between two people who are not under obligation to anyone else, and who love and are faithful to each other, appears to be allowable to Buddhist laypeople regardless of any formal wedding ceremony. (This may have something to do with the fact that marriage in Theravada Buddhism is considered to be purely secular, not any kind of spiritual sacrament like in Christianity, and monks are strictly prohibited from participating in the bringing together of a man and a woman in any sort of romantic or sexual relationship, including marriage.) So simple fornication may be allowable under some circumstances, but the fact remains that whoring (for all parties involved), and promiscuous sex in general, let alone adultery and rape, are considered to be misconduct, unethical, and “bad karma.”

From a Buddhist perspective in particular, indulgence in sensuality, including sex of course, leads to an increase of desire and emotional attachment, which in turn leads to an increase of dukkha or suffering, in accordance with the second Noble Truth. Thus sensual indulgence flies in the face of the stated main purpose of Buddhist Dhamma: the cessation of suffering and delusion.

From a more generally spiritual perspective, always doing what is easy, taking the path of least resistance, giving in to one’s animalistic urges, results in lack of moral fiber, in spiritual flabbiness. Mental and moral exercise and discipline are similar to physical exercise and discipline: they are conducive to health, strength, and well-being. This may help to explain why most of the people shrieking and going berserk in the streets in the USA tend to be morally unrestrained people, in the traditional sense of morality, which includes sensual restraint. The loudest, most hysterical protesters include Hollywood entertainers, gay rights activists, people insisting upon sexual promiscuity and the use of abortion as a means of free birth control, and a certain ethnicity of whom more than 70% are born into fatherless homes. Conservative traditionalists, on the other hand, appear more likely to have some emotional self restraint, some moral backbone, at least to the point of not howling in the streets at the drop of a hat.

The new left in particular—Progressives, cultural Marxists, Social Justice activists, whatever you want to call them—are attempting to claim the moral high ground by redefining morality itself; redefining inconvenient terms has become rather a specialty of the left recently (“racist,” “sexist,” “rape,” “hate,” “fascism,”  “violence,” “freedom of speech,” “masculinity,” even “male” and “female” are some rather well-known examples). Leftist ideologues have been endeavoring to twist what has been considered degenerate and wrong for millennia into new virtues. Abortion has been redefined as a matter of feminine autonomy and integrity, or more simply a matter of a woman’s health and well-being, to the point that some celebrity entertainer recently asserted that Jesus himself would be pro-abortion (or “pro-choice,” because that way it sounds less negative). Disapproval of wanton promiscuity in women is now vilified as “slut shaming,” misogyny, and “hate.” Sexualizing small children, to some degree even pedophilia, is now fine, and homosexuality is publicly celebrated as though it’s some kind of national treasure…but stating even reasoned disapproval of any of this is declared to be “hate,” “bigotry,” “fascism,” or whatever. Teaching homosexuality to toddlers is fine, but using plastic straws has become a new kind of sin. Even to be traditionally male is a new kind of sin. Even to be white is practically a sin, yet depravity in the traditional sense, the sense employed by the religions of the world, is now some kind of virtue. Obviously, if the immorality or spiritual degeneracy of sensual wantonness is acknowledged, then the moral high ground claimed by the ultraliberal left collapses in ruins.

Traditional Buddhism, and other religious systems not yet highjacked by secular liberalism, agree that morality is non-negotiable. It is not merely a cultural construct to be modified by decree or by popular sentiment. Buddhist ethics is based on deep psychology, and largely on the adverse effects of increase in desire and attachment.

Buddhism also teaches that karma/kamma is a kind of mental momentum, the “habit energy” of the mind; and habits are hard to break, including bad habits. Thus a person who is habitually sexually promiscuous before marriage is likely to relapse into promiscuity while married, thereby resulting in problems and a high likelihood of misery. No amount of leftist wishful thinking is going to change that. Then again, no amount of rightist wishful thinking is going to change the fact that violence, even in national self-defense, is not without its own “bad karma.”

It’s ironic that most of the new left want to claim the moral high ground without actual spirituality, or at any rate without religion. The “progressive” left has some considerable contempt for Christianity anyway, if not for Islam—because of course criticizing a predominantly non-white religion could be perceived as racist and politically incorrect. As for Buddhism, the white elitists who have adopted it have largely redefined the inconvenient parts, in accordance with the new fashion, or else just ignored them, but the result is not so much Dhamma as a kind of new leftist elitist fashion trend. It’s pretty much like I’ve said before: Cultural Marxists are attempting to replace actual ethics with unrefined feminine sentiment, and it’s just not going to work in the long run. Whether western civilization can extricate itself from political correctness hysteria before PC culture collapses remains to be seen, but if it doesn’t, then western civilization falls along with it. 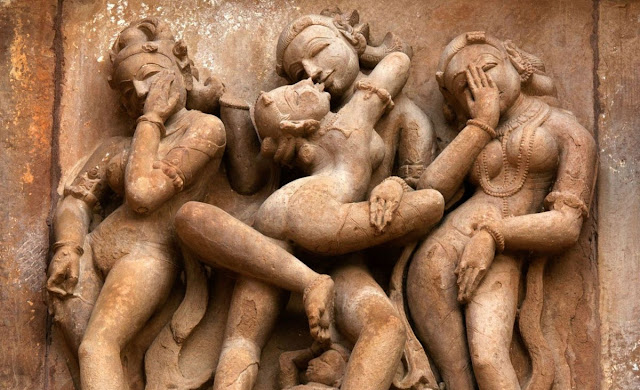