The Trouble with Ideological Monopolies


Whatever fellow is faithless and ungrateful, a burglar, one who has destroyed opportunities and eats vomit—he, truly, is the supreme man.  —Dhammapada, the “dark side” of verse 97

At the time of writing this I have been reading a little book entitled Broken Buddha, written by a person entitled venerable Shravasti Dhammika. Reading the thing is a relatively unpleasant, irritating, and occasionally grotesque experience—in fact taking a break from the ordeal of reading the thing is one reason why I’m taking the time to write this. I’m kind of compulsive about finishing books though, and so I’m soldiering through with it as a kind of ascetic practice. And it’s good to expose oneself to obnoxious alternative points of view. Besides, it’s only 80 pages long.

The book presents the perverse spectacle of a Buddhist monk ordained in the Theravada tradition sneering and bashing away at Theravada Buddhism. The fellow virulently attacks the religion in which he remains, as far as I know, an ordained member, and the attacks are so vehement that the author does not simply content himself with one-sided yet nevertheless factual information, but intensifies the attacks to the point of gross exaggerations and outright objective falsehoods. I suspect that only a homosexual male of a certain stereotypically gay, catty, spiteful temperament could possibly have written this. He is obviously opposed to strict observance of monastic discipline (as well as most lax observance), but I would like to think that, even so, at least he’s not a practicing homosexual. Assuming of course that my suspicion is correct, and denying that I’m necessarily opposed to homosexuality.

Anyway, one main effect of reading the, eh, document, aside from prompting me to write this, has been that it has had me examining my own attitude, out of serious concern that I might be as bad as this in my own criticisms of, say, political correctness, neo-Marxism, and progressive western Buddhism. I sure as hell hope not. Gawd. Being biased in one’s approach is one thing, so long as one restricts oneself to objective truth, or else makes it clear that one is venturing mere opinions; after all, we’re all biased to some extent, and everyone is entitled to their beliefs—but bias so severe that it has one deliberately distorting the truth is a whole different kettle of wax. At any rate there is a good chance that reading the book is the karmic fruition of past biased, hypercritical diatribes of my own.

If, I repeat if, certain teachings of ancient Buddhism are true, not just Theravada but early Buddhism in general, then this fellow is going to roast in hell—I’m not saying that he necessarily will, mind you, but if the Pali texts can be trusted with regard to such matters it seems pretty freaking likely. Mere reincarnation as a centipede wouldn’t do this abomination justice. Nevertheless, a lot of what the fellow says, after filtering out the emotional bias, sneering, reckless exaggerations and universal blanket accusations, is basically true, and I’ve made many of the same observations myself. For example, a lot of Burmese monks do sleep one hell of a lot, and are lazy, wimpy hypochondriacs besides; most Asian monks do lack a true spiritual vocation and are ordained for much less worthy reasons, and it is true that only a very small percentage of them really make an effort to attain enlightenment, or even to practice Dhamma and Vinaya correctly; extremely devout Asian Buddhist lay supporters do tend to be spiritual materialists who see merit as a kind of cosmic money, and devoutly spoil monks rotten to earn spiritual credit; and wiseguy monks since ancient times have indeed encouraged this spoliation by emphasizing generosity almost exclusively as generosity towards monks…etc. etc. etc. In short, Theravada Buddhism is corrupt.

It seems to me though, that the main problem is not merely the corruption and other perceived gross defects of Theravada as a tradition, which our author prefers to see and enlarge upon, but also his own emotional, temperamental disagreement with the religious/spiritual system in which he is ordained—and I’m not referring merely to traditional South and Southeast Asian Theravada but to basic, pre-Mahayana Indian Buddhism as a whole. I have no intention of dignifying the book by turning this into a long, attempted refutation, but I will point out that one of his greatest beefs is that early Buddhist ethics are effectively neutral, mainly consisting of restraint and non-doing, and not positive (and therefore samsaric) goodness. He doesn’t appear to appreciate that advanced practitioners are exhorted to avoid, or let go of, both good and evil, because they both generate kamma and thus lead on to further existence and entanglement in Samsara. But also, on a much larger and abstract scale, his problem is with the almost inevitable societal outcome of ideological monopolies in general.

The Roman Catholic Church in medieval Europe is another golden example of a corrupted ideological/religious monoculture, with many obvious similarities to traditional Burmese Buddhism (though I may observe that medieval Catholicism was MUCH more corrupt; and I may further observe that the Protestant Reformation may have done more to ruin Christianity than anything else). The corruption and failure of 20th-century Marxism is yet another example—and probably 21st-century academic neo-Marxism is another still, considering the ideological monoculture and echo chamber that it has established throughout much of the western educational system.

As opposed to Marxism, Capitalism, economically speaking, acknowledges that monopolies lead to lack of efficiency and an inferior, overpriced product. The fact is that Capitalism, reviled as it is, is as strong as it is because it fosters a kind of Darwinian survival of the fittest, competition not only between organisms, but between rival organizations and societal systems, ensuring that they will be as strong as possible in order to prevail, or to prosper. This is also a major reason why western “Enlightenment” classical liberalism (certainly not what passes for liberalism today) became a kind of global cultural juggernaut: it encouraged a diversity of rival, yet interacting, opinions and practices, refined and strengthened by critical thinking and some semblance of intelligent debate.

Consequently I see the far left, and also some far right traditionalists, in their insistence on some kind of ideological monoculture for a civilization, as essentially defective. A certain amount of (preferably nonviolent) civil strife is good. It creates a kind of muscular tension that exercises and strengthens the organism of society.

Possibly the best scenario, ideologically and culturally, is something along the lines of classical India—which produced a kind of golden age of philosophy and spirituality, fostered by a wealth of different belief systems in contact with each other, debating and competing with each other, and with each system refined and strengthened by active rivalry with the others, if only so as to gain more converts and to defend itself more effectively against polemical attacks and criticisms.

Classical ancient Europe presents a somewhat similar case. The late Roman Republic and early Empire flourished especially with regard to religion, if not politics: there were various systems available, various approaches, with something for just about anyone, something for every temperament: if you wanted to worship a god of war you could worship a god of war; if you wanted to worship a benevolent mother goddess you could worship a benevolent mother goddess; and if you had no use for gods and goddesses you could be a materialist Epicurean—and all within the same cultural system, even the same “religion.” There was ideological diversity, but with enough shared common ground that they weren’t literally at each other’s throats trying to exterminate each other. Semitic and Egyptian imports mucked up the classical religious culture towards the end, but it worked well for hundreds of years.

Theravada Buddhism, or ancient Indian Buddhism in general, was not intended for everybody. It was intended to be one of many approaches to Truth, a relatively very advanced one, not a state religion obligatory for the masses. It was best when others were free to criticize it, and laypeople could critically examine the philosophers and priests of different schools and decide which seemed wisest and most virtuous. The same went for the philosophical schools of western antiquity. You pays your money and you takes your choice, and those systems offering an inferior or unpopular product go out of business, so to speak.

Christianity killed this ideological eclecticism in Rome with fanatical intolerance. Cultural Marxism is now striving to kill it in the modern west.

So, I for one would not want to see the west converted en masse to Buddhism or to any other ideological system, religious or otherwise (to say nothing of the monstrosity of neo-Marxism). It is better to have a diversity of beliefs and practices, so long as we’re all more or less on the same page with regard to basic fundamentals, with vigorous debate and (honest, honorable) competition.

Social Justice style emancipatory politics is simply not going to cut it, with or without cuttthroat competition, if only because it is dogmatically intolerant of non-conformity, anti-Darwinian in the sense already noted, and unrealistically irrational and opposed to empirical reality. It is monopolistic and consequently is bound to sell an inferior product. The same could be said with some justice for traditional ethnic Asian Theravada.

The trick is finding that essential common ground, and promulgating it. It should be as broad and open-ended as possible without fatally destabilizing the culture by eradicating any shared system of fundamental cultural values and principles. It may be, as some ethnonationalists claim, that a deep, basic common ground of values is in large part racial; at any rate it is obviously more likely for an ethnically homogenous society than for a multicultural one to agree on fundamentals. But ethnic purity for some civilizations, like America, is simply not much of an option—not without civil war and ethnic cleansing, which for America is very probably a very bad idea.

Any ideological system that outlaws (or sternly disapproves of) contrary opinions or criticism, regardless of how wise it may be in other respects, or how strong it is at the beginning of its reign, is doomed to degeneration and corruption, because human nature remains human nature forevermore; and survival will always ultimately go to the fittest competitor, if not one within the society, then one eventually invading from without.

Anyway, I really don’t recommend the book, unless maybe you’re really keen on catty, spiteful sneering directed at Theravada Buddhism. If you want fair, objective criticism you should seek elsewhere. 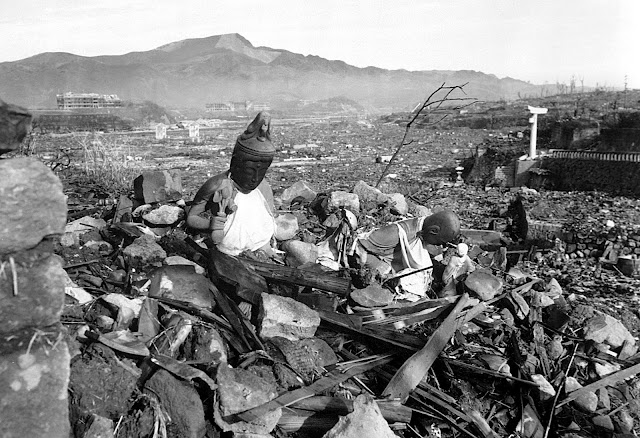