The facts are really not at all like fish on the fishmonger’s slab. They are like fish swimming about in a vast and sometimes inaccessible ocean; and what the historian catches will depend, partly on chance, but mainly on what part of the ocean he chooses to fish in and what tackle he chooses to use—these two factors being, of course, determined by the kind of fish he wants to catch. By and large, the historian will get the kind of facts he wants. History means interpretation. —E. H. Carr

In 2002 the British Broadcasting Corporation (BBC) conducted a poll to determine the British people’s views on who was the greatest Briton in all of history. The winner, not too surprisingly, was Sir Winston Churchill. Just for the hell of it I’ll give you the top ten highest scorers on the poll: 1. Churchill, 2. Isambard Kingdom Brunel (due to heavy campaigning from an English engineering school), 3. Princess Diana (!), 4. Charles Darwin, 5. William Shakespeare, 6. Sir Isaac Newton, 7. Queen Elizabeth I, 8. John Lennon, 9. Lord Horatio Nelson, and 10. Oliver Cromwell. The names on the list indicate that people’s choices were not always intelligent, but still, Churchill was considered the greatest Briton, not to mention the most important British politician, of all time, which is considerable. Although I wouldn’t have placed him at number one, I have long been an admirer of Churchill, and even read one of his books, volume I of his History of the English Speaking Peoples. In my naivety I assumed that he was pretty obviously a great man, or at least a great statesman.

Then I began interacting with white nationalists and fascistic “hard right” types over the Internet; and to my surprise, many of them, maybe even most of them, despise Churchill. Not long ago I was conversing with an intelligent, relatively well educated, relatively sane person I know, and when I said that I still prefer Churchill to Hitler he began grimacing and, I think, even cringing. He had read some of the historical writings of the emphatically anti-Churchill and rather pro-Hitler David Irving, and considered Churchill to be quite obviously a political charlatan who almost single-handedly destroyed the British Empire for the sake of his own glorification, and was a drunk and an art fraud besides.

So, I acquired Irving’s main anti-Churchill book Churchill’s War, though I haven’t read it yet, and I’ve watched some speeches and interviews of Irving’s, and have spent some time reading up on more mainstream sources of Churchill’s life, with emphasis on documentaries that are rather critical of the man. (One thing I’ve learned is that one shouldn’t search for David Irving on YouTube, because he’s been pretty much eradicated from that platform on account of his antisemitism and “hate speech.”) But even though I haven’t read the classic text bashing Churchill, I have some idea of where Irving was coming from, and have heard most of the main accusations against Churchill. Also I have read rather a lot of information from various sources about the Second World War and its origins. So I will assert here and now, probably to the irritation of some admirers of Adolf Hitler, that I still consider Sir Winston to have been the better leader, and also the better man, Jew-ridden drunkard and sociopathic warmonger that he may have been.

It seems to me that most of the new criticism against Churchill is coming from white nationalists and fascistic types who don’t like Churchill primarily for one huge reason and one huge reason alone: he opposed (and ultimately helped to defeat) Adolf Hitler. The other reasons are secondary. In fact pretty much all national leaders who opposed the Führer have been interpreted as Bad Guys—with some obvious justification in some cases, like Stalin, and in some cases much less. Of the three main Allied leaders, I consider Churchill to be a far more glorious leader than Roosevelt or Stalin, or Hitler himself for that matter.

We may as well begin with criticisms coming from mainstream “normie” historians, including some of his admirers. Churchill, for example, was responsible for the utter fiasco of the Gallipoli campaign during WWI, when he was First Lord of the Admiralty. The man made an egregious military blunder by ordering a direct frontal attack on strongly fortified Turkish positions, and the Entente soldiers died like flies. After about ten months of this and some 300,000 casualties on the British side the remaining troops were withdrawn in defeat. Also, during the first months of WWII Churchill, again First Lord of the Admiralty, made the blunder of not using British destroyers to accompany and guard convoys of cargo ships crossing the Atlantic, but instead sent them out hunting for German submarines in a very big ocean. As a result the British lost many cargo ships and sank probably fewer than ten German subs. And THEN Churchill flat-out lied about the matter in a speech on national radio, claiming falsely that approximately half of all submarines in the German Navy had been sunk. He was also responsible for the bungled attempt to defend Norway (and Scandinavian iron supplies) from the Germans. Ironically it was the disaster of Norway that was seen as the final straw for Neville Chamberlain and allowed Churchill to take his place as Prime Minister.

As was the case with George Washington, military genius was not one of Churchill’s character traits—despite the fact that he was related to one of Britain’s greatest military geniuses, John Churchill, the first Duke of Marlborough. What military talent he (and Washington) had was more along the lines of charisma, or the ability to inspire confidence in his followers, along with sheer tenacity. He was also rather narcissistic and bent on self-glorification; but the same is true of most great political and military leaders in history.

So the man certainly had his defects, even according to his mainstream admirers. But some of his defects as a Cabinet Member, and as an outspoken Member of Parliament, were positive virtues as the Prime Minister and leader of a nation in crisis—that charisma again (a practical necessity for a great leader), ruthlessness, stubbornness, audacity, and a refusal to sit still, but to take action, any action, and get something done. He was a very effective orator, too.

It seems to me that the primary reason why Churchill is resented, and blamed, by white nationalists is because he insisted on war with Hitler, and obstinately persevered with that war, turning down all peace offers regardless of how reasonable they might appear to be. This is worth some consideration.

First, Hitler broke most of his official diplomatic promises (except maybe to his old friend Benito), allegedly making promises only to break them when the time was ripe. So his word, even his solemn oath, let alone any treaty signed by him, was practically worthless. Also of course it is standard common sense for any powerful nation to resist the formation of a huge, militaristic and expansionist empire near its borders, and that is exactly what Germany was becoming. There are many examples in modern history of great wars fought for this very reason: one nation (generally led by a ruthless, ambitious leader) gets too strong and uppity, so others gang up against it to take it down—the War of the Spanish Succession (against Louis XIV); the Seven Years War (against Hitler’s hero Frederick the Great); the French Revolutionary Wars, followed by the Napoleonic ones; and the Crimean War against expansionist Russia, for example. Hence Churchill’s semi-notorious statement, “You must understand that this war is not against Hitler or National Socialism, but against the strength of the German people, which is to be smashed once and for all, regardless of whether it is in the hands of Hitler or a Jesuit priest.” Hell, even nowadays many people are growing more and more uncomfortable with Germany’s dominance over the femino-socialist EU. Welcome to the world of cutthroat realpolitik.

Churchill has been accused of opposing Hitler only because, or mainly because, Jewish special interest groups urged him and bribed him to do so. However, it is true that he opposed Hitler pretty much from the beginning of his (Hitler’s) chancellorship in 1933; and by 1934 he was becoming very unpopular by declaring that Hitler was a maniacal fascist and ambitious expansionist who would definitely have to be stopped sooner or later, and that Britain must prepare for armed conflict once again. Most people, including most politicians, really didn’t like such talk at all, considering that most of them could remember the bloodbath of World War One and sincerely didn’t want THAT again. Appeasement of Hitler was the Establishment’s Plan A, and a strand of the liberal political correctness of the time—which of course Hitler understood and milked for all it was worth. Churchill’s warnings about Hitler were unpopular, especially before the war started, but were also largely valid.

It is true that Churchill was evidently supported by Jewish sponsors, and by organizations heavily represented by Jews. But it may be that the Jews and Jewish groups supported Churchill in the 1930s because he was already showing signs of being anti-Hitler, and not because they persuaded him to become anti-Hitler through generous gifts of money and promises to help him rise to power. Also, it wasn’t just Jews who wanted Churchill to become the next Prime Minister; I have read that he probably couldn’t have managed it without the influence of the Labour Party, though they too may have been heavily represented by Hebrew types for all I know. One criticism I have seen of the 2017 movie Darkest Hour, which earned Gary Oldman an Academy Award for his portrayal of Churchill, is the historical inaccuracy of ignoring Labour’s key role in getting Churchill into power. Nevertheless, he did curry favor with influential Jews before his rise to power, and they evidently subsidized his luxurious lifestyle during the 1930s. But in politics one accepts support from whomever is willing to give it; hell, even Hitler himself notoriously received support, at first, from wealthy Jewish capitalists who vehemently wanted no Marxism in Germany. So Hitler took handouts from them too, at first. This also is realpolitik.

This essay, or whatever it is, is turning out much longer than I expected, so I’ll continue it next time. 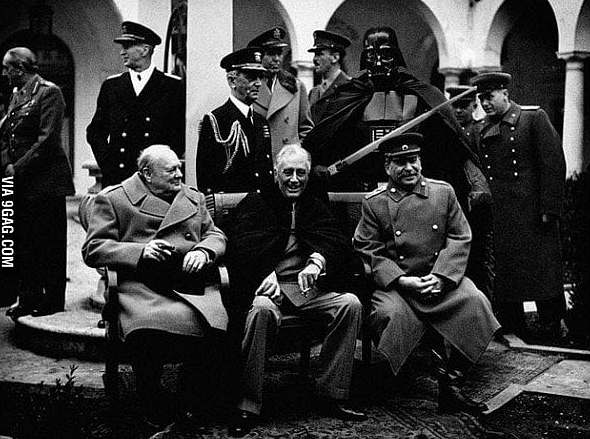