Evolution as a Fundamental Characteristic of Life


Historians will have to face the fact that natural selection determined the evolution of cultures in the same manner as it did that of species. —Konrad Lorenz

There’s a philosophical idea I’ve been chewing on lately.

I’ve been thinking rather a lot about evolution and God Emperor Darwin, largely because I consider organic evolution on this earth to be obviously true, yet keep encountering people who are vehemently opposed to Darwin and all he stands for. It used to be mostly Christians in the west who considered evolution to be a lie and Darwin to be a prince of liars; but, as I mentioned a few months ago, lately even atheistic materialists have started hating on Darwin. Then there’s my old friend Brian Ruhe, who accepts the idea of evolution for all life on earth except for anatomically modern humans, which he believes were put here by space aliens, and apparently because of either an anthropocentric universe or else sheer random chance, we are pretty much biochemically identical to the life already here, and almost genetically identical to chimpanzees. (Ironically, the Social Justice Neo-Marxists believe pretty much the same thing, except without the space aliens, because if we humans continued to evolve after reaching the exalted status of Homo sapiens, then different races of people might actually be different, which would be anathema to the article of faith that everyone is basically the same.)

So I wrote the article in Darwin’s defense; but I did admit that though evolution itself is pretty damn obvious to anyone who sees the evidence, nevertheless there are complications, phenomena that are difficult to explain in terms of mechanistic Darwinian natural selection. The big question for me is how natural selection would allow changes in chromosome number—for example, chimpanzees, our closest living relative, have 24 pairs of chromosomes, and we have 23. So somewhere along the line after our evolutionary lineages diverged approximately six million years ago, two ape chromosomes, presumably as the result of some chance mutation, merged into one in our ancestors. But it would seem to me that if one pre-human got a mutation that fused two chromosomes, then he/she/it wouldn’t be able to interbreed with the rest of the population, since reproduction would presumably produce a sterile mule, as is the case when a 31-chromosome-pair donkey mates with a 32-chromosome-pair horse.

It would seem that some external factor like an extremely potent virus or some weird plant toxin could cause the same kind of chromosomal damage/mutation in a largish population; but then it would be naturally selected and survive only if the mutation provided some adaptive advantage; and diseases and toxins generally are not advantageous. Also it would have to infect enough organisms in the same way that subsequent severe inbreeding would not be a problem. Also it would seemingly have to infect an entire local population, since a single population with different chromosome numbers would greatly reduce the reproductive success of the group. Unless some geneticist or evolutionary biologist can explain this to me, I have little choice but to accept the possibility that Darwin, genius that he was, didn’t have the whole mechanism for evolution accounted for. There may be something else involved. Whatever it is, changes in chromosome number have happened a lot over the past few billion years.

It is clear that a tendency to mutate can be built right into a species. I have read, for example, that the plasmodium, the protozoan that causes malaria, has a 2% mutation rate—which I assume means that 2% of new plasmodia have some random mutation not directly inherited from their progenitors. The purpose of this is evidently to increase the rate of organic evolution, which increases the rate at which a species adapts to a changing environment and reproduces its DNA sequences. For that matter, the evolutionary explanation for why we are divided into male and female, and enjoy sexual reproduction, is to accelerate evolution by increasing diversity for natural selection to work upon—partly to help us keep up with short-lived and more rapidly evolving parasites. But still there is that question about chromosome numbers. Thus far, I’m pretty sure, biologists have failed to create a new species through induced mutations, despite some impressive individual monsters. I suppose a chihuahua and a great Dane could be considered to belong to two different species, since they can’t interbreed effectively (unless maybe a male chihuahua stands on a chair…), but they still have the same number of canine chromosomes.

Thus I can’t rule out the possibility that some evolutionary force may be built into organisms beyond a mere biochemical mechanism, even built into the very principle of life, which somehow facilitates diversification and speciation, with still no need for meddling space aliens or a Creator God. It may not be scientific, but science at present can’t explain it all adequately anyhow, as far as I can see.

There may be some inherent quality of life itself that urges itself towards self-perpetuation (and evolution does increase the odds of survival), though not necessarily with any teleological plan, no intended future goal. It may be more like the blind, slow-motion writhing of a green shoot trying to find a way out from under some obstacle between itself and the sun. It could still be essentially Darwinian in its variation and natural selection, but not entirely at a materialistic, biochemical level. Who knows, maybe Schopenhauer was right, or at least on the right track, with his notion of blind Will pervading, even creating, all things. It could be metaphysical, which practically by definition indicates that it would lie beyond the scope of physical science.

This may even be more or less in harmony with Buddhism’s concept of karma/kamma driving life forward, as well as causing various forms of life to exist (this is possibly one reason why Schopenhauer endorsed Buddhism). For instance, if some hawklike being existed on some other world, and that world was destroyed somehow, and the being still had the karma to be reborn as a hawklike being again, then the force of karma might blindly, necessarily generate, or facilitate the existence of, such a being somewhere else. After all, Buddhism, especially Mahayana, is more or less philosophically idealist, placing the power of mind over that of mere matter. Consider the first line of the first verse of the Dhammapada, the most well-known text of Theravada Buddhism:

Mind is the forerunner of phenomena, mind is their chief, they are mind-made.


Now it is true that the Theravadin commentarial tradition interprets dhammā, which I have rendered as “phenomena,” as “mental states”; but then the commentator is required to explain why the Buddha would say something that is not true, considering that mind and mental states are simultaneous. But even if we follow the commentary’s interpretation of the verse, and of Buddhism in general, even the oldest Buddhist schools which allow the reality of physical matter are still functionally idealist to a profound degree. For example the Abhidhamma philosophy of Theravada allows kammaja-rūpa and cittaja-rūpa, or matter born of karma and mind. And most of the later philosophical schools of Buddhism have dispensed with the reality of physical matter altogether.

Also, Buddhist philosophy teaches that everything necessarily changes from one moment to the next. Constant change is built right into the phenomenal universe at a metaphysical level. This goes way beyond variation, natural selection, and the origin of species.

One necessary quality attributed to living things, according to the biologists, is responsiveness to stimuli. Every living thing changes in response to its environment. Evolution is itself a large-scale example of life’s responsiveness to stimuli. In fact life has to change from one moment to the next—it has to change constantly—because any passage of time with zero change would be as though it were not; a being would be dead, or at best frozen and in a state of suspended animation. Consequently, I am seriously considering the possibility that the process of life requires constant change, not only at the level of the individual organism, but even as a necessary elemental quality of life in general, including such large scale manifestations of it as the evolution of species.

This inexorable change and evolution applies not only to species and individual organisms. It is also true of living cultural phenomena like languages, religions, political and economic systems, science itself, art and music trends, hair and clothing styles, whatever. This implies some sort of social Darwinism, which is politically incorrect, but so be it. If something is alive, it is changing, and evolving in some way, and usually in the direction of greater fitness to its environment. (Just shifting one’s position on a chair to get more comfortable is a typical example of the countless changes we make throughout our lives to adjust to our environment.)

The need for change is necessarily built into living systems, for reasons already touched upon; so possibly, at some metaphysical level, a deep urge or drive towards variance, change and mutation, is built in, possibly as a primordial drive towards survival and self-perpetuation. It may be this elemental force in life that somehow overcomes or transcends the speciation problem. That’s the philosophical idea I’ve been chewing on lately, or one of them. It’s a hypothesis, maybe an unverifiable (and thereby largely useless) one, but still.

Anyway, the idea that more or less Darwinian evolution applies not only to populations of organisms (via genes) but also to living cultural systems (via memes) is one big reason why I consider Charles Darwin to be a more important scientist, biologist, and philosopher than most people realize. He not only discovered a plausible mechanism for the evolution of organic life (setting aside the speciation and chromosome issues), explaining very elegantly how we got here from a materialist perspective; he accidentally also discovered a virtual driving force in any living system, including languages, religions, ideas—any living tradition. Life has to change, to mutate, to respond, to evolve, or it isn’t life. 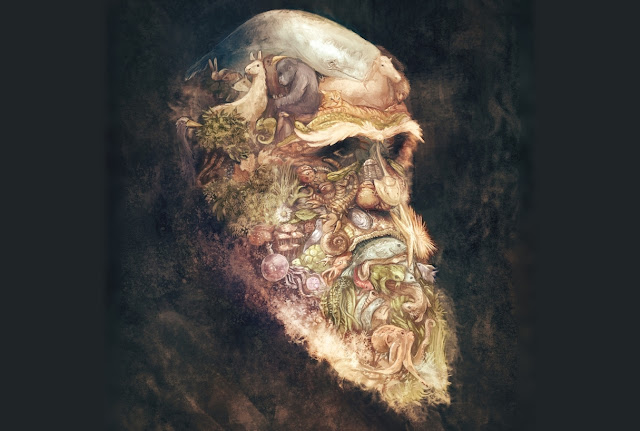