“For you have the poor with you always, and whenever you wish you may do them good; but Me you do not have always.” —Mark 14:7

This is one of those topics that I’ve been planning on writing about since this blog began, probably. I know I’ve had it on the list of possible topics for a very long time. And it is kind of important and serious and philosophical, and everything. So, it’s about time to write this son of a bitch.

Some so-called “progressives” (as though social decadence were progress) think, or rather feel that they know, that true compassion requires the implementation of a socialist system, that only with a welfare state could society, maybe even government, be truly compassionate and moral, let alone just. I consider this to be yet another case of (mostly well-intentioned) leftists preferring their own idealist ideology of “ought to be” to the realist, empiricist ideology of “actually is.” To some degree it may be a case of materialistic neo-Marxists wanting to replace some deity that they don’t believe in with the false god of an all-seeing, all-regulating, all-protecting mommy state.

I’ll make a provocative statement here: Compassion has no place in government. Rather, justice has a place—in fact it may occupy the central, highest place, if the highest place isn’t occupied by simple promotion of the prosperity (let alone the very existence) of the people living under that government. Compassion is a mental state arising within an individual, not arising from impersonal institutions, and certainly not mandated by governmental legislation. Compassion is one’s own moral responsibility, not something to foist onto a governmental system because one doesn’t want to be bothered by the weightiness of it, or because one prefers someone else, like the rich, to deal with it: that’s called NIMBY politics, with the letters standing for “not in my back yard.” In other words, “It must be done, but it would be too inconvenient if I had to do it.”

The government not mothering the poor and weak does NOT mean that the individual should not take up the responsibility either, as some folks appear to assume. This is a false dichotomy that one sees often in the media and elsewhere: The choice is presented as socialism vs. people starving and freezing to death in the streets, dying from easily curable diseases, and so on. This is not necessarily the case at all. There is another option, namely an improved version of what used to be the status quo—people take care of their own as best they can (though the family as an institution is being attacked and undermined by this same left), and the poor with no one else to help them are helped by private generosity and charity. Rather than government-run bureaucracies tending to the most unfortunate, with their funding automatically deducted from everyone’s taxes, individual people would be encouraged to make voluntary donations in churches, professional guilds, fraternal organizations, benevolently inclined social clubs, baseball teams, corporations, whatever; and also rich people just wanting to exalt their own reputations, or to avoid hell, would do likewise. The exact same amount of money is there to help the unfortunate, or even more since socialist systems tend to stagnate economically, and the money would be used more efficiently without some federal department taking its cut.

I may as well inject some Buddhist ethics at this point so I don’t look like I’ve sold out to Christianity. Morality is a matter of subjective mental states, not results of outward actions. To put money into the hand of a street beggar is an act of generosity and charity, “gathering up treasures in heaven” using Christian lingo, even if the person immediately uses it just to buy some drugs or cheap wine. Simply having that same money deducted from one’s taxes, regardless of how one feels about it, to go to that same homeless person is hardly a case of gathering up treasures in heaven. Thus a socialized welfare state actually decreases morality, at least within the realm of generosity and acts of compassion.

Thus institutionalized “morality” leads to public amorality, and public moral impoverishment (less gathered up treasures in heaven). Presumably there is some connection with socialism traditionally being atheistic and materialistic, and having little use for notions of virtue or goodness defined in any way other than politically. This decline in charity is more obvious to religious mendicants like myself who are required by precepts or vows to live in dependence on the generosity of strangers: When laypeople are conditioned to feel that generosity to the poor (like a homeless wandering mendicant) is the responsibility of the government, not the individual citizen, they often fail even to see the point in supporting monks, who are traditionally considered to be the “supreme field of merit” for charitable people. (I will observe, though, that desire for more stuff is not my motive for writing this. There are plenty of people out there who are more in need than I am. Stray dogs and cats, too.)

I suppose I should give the devil his due here and point out that socialists aren’t the only ideologues who favor a fundamentally amoral society. There are some capitalistic economists who have equally spiritually bankrupt good intentions. One fairly obvious example is the so-called Rational Choice Theory, which is influential in economics, law, and political science nowadays, and which assumes that people tend to make rational choices—and asserts that people act rationally if and only if they single-mindedly pursue their own personal economic self-interest. One capitalistic economic theorist named David Gauthier notoriously published a book back in the 1980s which claims that a free market capitalist economy, regulated wisely and efficiently, could result in a kind of utopian “freedom from morality.” The well regulated capitalist system itself would ensure that our conduct is just and right. Most of this kind of stuff, I assume, flows from modern western materialism, purely utilitarian ethics, and spiritual bankruptcy, with the further consideration on the left that following one’s conscience might challenge the will of Big Brother.

It seems to me that the right, much more than the left, does have some actual faith in human nature, in some sort of fundamental goodness in us that can be encouraged by society and even relied upon. The left, along with some on the hard right also, seem to consider the common person to be selfish and venal, as well as sheeplike, and therefore someone not to be trusted, but to be controlled by an authoritarian state.

Now for another Christian trope: Render unto Caesar what belongs to Caesar, and unto God what belongs to God. Materialistic socialists consider this to be a false dichotomy, because Caesar (government) is the closest there is to God; but the situation is that generosity and compassion are what belongs to God—that is, moral duty. What belongs to Caesar is taxes and obedience to the law. If Caesar agrees to take up the slack because people aren’t being charitable enough, then that’s one thing; but most of the responsibility should lie with the individual citizen, who should accept the responsibility of sharing his surplus with those who do not have enough as a social and moral duty, not simply have money deducted from his (necessarily increased) taxes.

The farthest I would allow in the direction of socialized charity, before it strayed completely into foolishness and civilizational decline, would be a government providing the bare necessities of life, like food, clothing, and shelter, to the extremely poor. This sort of thing may be really necessary in the event of a natural disaster like, say, some contagious disease virus leaked out of Communist China. But even so it should not be so good a deal as to become a tempting career choice to live upon that long term. If the highly compassionate are dissatisfied by this, then their own private charity could easily improve on the situation. If they want the poor to eat steaks, or to have access to first-rate cancer treatments, then they should donate some steaks or some medical funds, and not just vote to have the money for it deducted from everyone’s taxes.

I may as well ascend higher into the deva world of political incorrectness by adding that people living on welfare handouts, citizens of a nation who, on balance, are takers from the system rather than givers, should not be allowed to vote. This is because they have a clear conflict of interest and may very well vote for more “free” handouts at the expense of the productive—this is a major reason why the founding fathers of the United States, in their wisdom, stipulated ownership of property as a requisite for voting. For that matter, people reliant upon a dole maybe shouldn’t be allowed to bear children either. If someone cannot feed himself and is standing in line for a dented cupful of milk powder, or a welfare check, then he arguably shouldn’t have the right to bear children which he also cannot feed. Unless maybe there is a real need for an increase in population, like when the Army needs more cannon fodder, or the capitalists need expanded markets.

All this discussion is even setting aside the ideas that socialism doesn’t work so well in reality anyway, and that, say, “compassionate” socialized health care results in inefficient, wasteful bureaucracies, as well as the government playing God and dictating who lives and who dies, and what health risks people are allowed to take. But I’ve written about that stuff elsewhere, so I’ll stop. 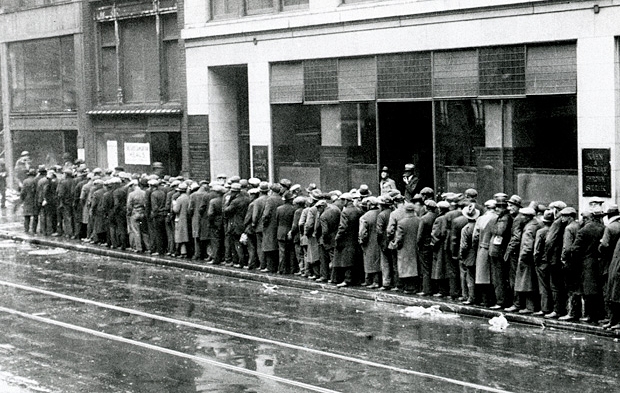