Why We Should Have a Major Cold War with China


The Cold War isn’t thawing; it is burning with a deadly heat. Communism isn’t sleeping; it is, as always, plotting, scheming, working, fighting. —Richard Nixon (who started this whole ball rolling by opening diplomatic relations with Communist China)


Here’s my strategy on the Cold War: we win, they lose. —Ronald Reagan

At the time of writing this, the big news all over the world is the Covid-19 pandemic, also known as the Wuhan Flu, the Wuflu, the Chinese coronavirus, the CCP virus, Kung Flu, and Winnie the Flu. I haven’t written much if anything about it here before because I didn’t feel like it, but now I feel like it.

To the best of my understanding, the new pandemic which has inspired the global economy to essentially shut down is caused by a pneumonia virus of bats, which was being studied in a secret virology lab in Wuhan China (or rather a non-secret lab doing dark, secret things), which may very well have been genetically modified to make it transmissible to humans, and which leaked out, probably accidentally. Then of course the dishonest and corrupt Chinese government covered the whole thing up, lied about it, and then allowed it to spread around the world—this latter abomination for the simple geopolitical fact that if only China’s economy crashed it would be the end of China as a world power for at least several years, whereas if the whole world’s economy crashed China would relatively still be OK. My guesses as to why governments all over the world, including the American government, have put their economies into a kind of induced coma are 1) people have had it too easy lately and are soft and weak and scare at the drop of a hat; 2) panicky health scientists, like their brethren the panicky environmental scientists, produced unrealistic worst-case projections which were taken seriously by politicians and the people who vote for them; and/or 3) these governments have a good idea that this thing has been experimentally modified as an early stage in the development of a bioweapon of mass destruction. But fortunately, as I say, it was at an early stage of modification, if it was modified at all.

Plenty of people have seized upon the notion that this whole pandemic was deliberate, presumably a means of making people desperate and willing to forfeit their human rights with martial law “for their own good.” Personally though, I just don’t see it, any more than I see the cause of the disease in 5G cell phone towers. It seems pretty likely that the Chinese government would not unleash a slightly modified bat virus upon its own people, not out of any regard for justice or human rights, but simply because it thoroughly fucked up its own economy, and got a shit-ton of bad press and anger directed against it. But once it leaked out of that secret laboratory, I’m guessing the Chinese government let it spread to other countries, and that globalists everywhere have made it into yet another desperate attempt to maintain the power that they are manifestly losing.

Now I’ve just heard, since writing the foregoing, that after the USA banned genetic modification of viruses to make them MORE virulent in humans, they outsourced their research to that very virology lab in Wuhan during the Obama administration, and that the genetic modification of bat viruses was actually funded in part by the US government. No doubt there is a great deal of despicableness lurking beneath the surface, most of which will probably never be revealed to the public.

But my purpose thus far is just to set the scene for what follows. I think this is a wonderful opportunity for starting a new Cold War. But not with Russia, of course—with China.

I have long had a certain respect for the Russians, though not for the old Marxist/Leninist government of the USSR. I have read lots of old Russian fiction, and revere Dostoevsky as a genius, and I can see that the Russians have a depth of spirit, or of feeling, or a soulfulness about them, that is worthy of respect, even if they also die like flies whenever they go to war, and maybe don’t bathe very often. Furthermore, they are largely European, and therefore of the same racial family as I am, an Anglo-Saxon. I have long felt that Russia would make a better ally than enemy, and I definitely, emphatically prefer Vladimir Putin to the likes of Angela Merkel or the lefty feminist activists trying to govern Scandinavia. I get the impression that President Trump has some respect for him, too. Besides, though Russia still has a superpower nuclear arsenal, it’s got an economy about the size of Italy’s, and smaller than that of the single American state of California, I’m pretty sure.

China, on the other hand, is obviously a much greater danger than Russia, and a completely unreliable ally. The globalists and consumers of the west have been content to look away from the constant human rights violations and much else in exchange for expanded markets and cheaper stuff in stores; but the mountain of reasons why not to trust China is growing to greater and greater heights.

First, of course, China is a communist totalitarian regime, the greatest antithesis to “liberal” free democracy, such as it is. (Our systems may suck, but I assure you that living in communist China sucks worse.) True, China veered a bit towards capitalism in order to compete better with the west (even they know that real Marxism can’t compete with free market capitalism), but the veer was more towards some kind of fascism, which may not be quite as bad as full-blown communism, but is still worse than what we’ve got by far, especially considering the ruthless, amoral Chinese government’s approach to just about anything. The globalists had the idea that making China rich would make it liberal, which of course didn’t happen; they just made a totalitarian regime much more powerful and dangerous.

Then there’s all those human rights violations. Just to name some of the biggest ones, there’s the occupation of Tibet, involving countless crimes against humanity; there’s the Chinese Turks in thought reform concentration camps; there’s religious persecution, with the atheistic, materialistic, spiritually bankrupt CCP insisting upon controlling all religions in the country and regulating their forms of worship; there’s forced organ harvesting of political criminals and some of those aforementioned persecuted religious people; there’s the denial of treaty-based autonomy for Hong Kong; and also there is the Orwellian electronic surveillance state in the cities, and to a lesser degree everywhere else. I’ve heard that there are even cameras in public toilet stalls to catch people using too much toilet paper. All this may seem like a local or regional issue, but if China becomes a global hegemon it will no doubt expand the Orwellian state outwards as completely as the Communist Party can manage.

The Chinese government makes no secret of the fact that they intend to become the dominant world power. Their so-called Belt and Road Initiative is essentially neo-colonialism, getting control over foreign infrastructure like ports and railways and rendering 3rd world countries (plus some 1st and 2nd world ones) hopelessly in debt to them. Also they are spreading their influence in the South China Sea, and continue to insist that Taiwan is a province of the communist state. 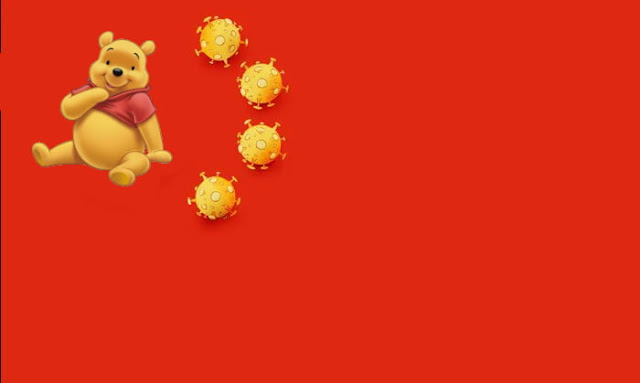 And so, China should be stopped. The last thing this world needs would be an Orwellian, repressive communist state with essentially zero human rights taking over the world. And now the apparent fact that the CCP is criminally responsible for the current pandemic should be enough that even the fools who were all in favor of outsourcing western industry to a communist country, with few environmental protections and fewer protections of their citizens, are waking up.

Fortunately, a communist regime has a serious disadvantage when competing with a free market society, since socialism and communism both suck and are less efficient economically. Also the stereotypical East Asian lack of imagination and creativity have caused China to rely heavily on spying and stealing information from its “allies” in the west. So a real crackdown on the CCP, maybe including official recognition of Taiwan as a sovereign nation, would in all probability be devastating to China. We’d win a cold war pretty easily, probably.

Also there is the probability that with a cold war going in earnest against a government that is clearly grotesquely morally inferior, it would help to unite a fractured America, presently with globalist/leftists and nationalist/rightists continuing to hate each other guts in a kind of hysterical passion. Currently the Democratic Party is much, much more inclined to find fault with America than with communist China—though that probably won’t last much longer. Hitler was right when he said that a leader of genius will unify his nation against a single, common enemy, and China is the obvious choice.

One consideration would be the attitude of Russia towards a cold war between the USA and China. There’s a pretty high probability that they would adopt the trusty old Roman strategy of playing off one rival nation against the other and always favoring the weaker side—which would probably mean usually or always favoring China. Then again, I suppose a wheeler dealer like Trump could make some kind of sweetheart deal with Putin to welcome Russia into a western community of nations, or something. Russia ought to take our side if they care about western civilization, and about how bad Marxism sucks (something they of all people should know too well). Maybe the Russians will see the honor and glory of making globalist Marxism a shithole again.