Self-Consciousness as a Possible Explanation for Free Will

One of my earliest blog posts, the sixth essay I wrote for my first blog years ago, was about Free Will, and its enigmatic position in Buddhism, and in empirical reality in general. On the one hand, everyone feels like they have free will, including me. On the other hand, logic, science, Buddhist doctrine, and to some degree my own experience indicate that free will is an illusion.

I won’t take the trouble to write down all my arguments that I used in the older post; those interested may find it here. I will explain some of the main points though, which point away from free will.

First off, from the perspective of western rationality, that is Aristotle’s Laws of Thought, free will is not just impossible, it is nonsensical. The basic argument goes like this: When somebody makes a choice or a decision, that action has a cause, or else it doesn’t have a cause. It has to be one or the other, or maybe a combination of both. So, if our choices have a cause they are determined by that cause and are not free. On the other hand, if our choices do not have a cause, then they occur randomly. These are the two options, determinism and chance; and free will is neither, nor is it a combination of the two. Someone can argue that our free will is the cause, but that simply kicks the can one more kick down the road and doesn’t really solve the problem: Our free will makes a decision for a reason or without a reason, and we’re back to where we were before. Consequently, from the perspective of western-style rationality and logic, free will is bullshit. It may be that a major reason why so many people in the west stubbornly persist in believing in free will is because the doctrine of free will is necessary for Christianity, because if God punishes us for what we can’t help at all, then He would be rather a cruel and tyrannical God. On the other hand, Muslims have no problem with the idea that we have no free will, and that Allah (the Benevolent, the Merciful) may send us to hell anyway.

Then there is scientific evidence. One such squall of rain on the free will parade is a study or two demonstrating that the decision-making part of the brain begins firing before a subject is aware of making the decision. The difference between the brain making the decision and the mind experiencing that decision is something like one tenth of a second, but that is more than enough.

Some of my own experiences seem to back this up, for example times when I have had no obvious reason to choose one thing over another, and am standing there in a mindful quandary over which to choose, when suddenly the thought arises, to my surprise, “I pick this one.” Of course if we make such a decision we don’t know what it will be until it arises, otherwise we would have decided already. But my own personal experiences should have no persuasive power over anyone but myself.

Then there is Buddhist philosophy—which I admit has no authority over free-will-believing Christians, mechanical determinist followers of Scientism, or Allah-is-the-only-cause Muslims. Even so, according to Buddhism there is no self…and free will presumably would require a self, that is a separated individuality that can make its own decisions independently of its environment. The Anattalakkhana Sutta quoted above, the Discourse on the Mark of No Self, asserts that even the aggregate of sankhārā, which mainly means volition, is not under our control.

On the other hand, to make things more difficult, Buddhist philosophy also rejects determinism as an explanation of our behavior. For example the Ajīvakas, the followers of a now-extinct sect of ascetic philosophers in ancient India, asserted that everyone has a predetermined number of lives to live, with their karma unfolding deterministically, and with nothing we can do about that. The Buddha rejected this point of view as pernicious wrong view, and the kind of perverse opinion/attitude that can lead one to hell. So Buddhism, as I pointed out in the old essay and elsewhere, appears to reject all obvious options and to rely on some kind of ambiguous or paradoxical mystery. There is no free will, there is no deterministic fate, and of course random chance as an explanation of our behavior is just silly.

With regard to the logical dilemma referred to above, I have always left the door open for some unorthodox wiseguy non-Aristotelian logician to come along and figure it all out, somewhat like non-Euclidean geometers can explain things that Euclid couldn’t. I think I may have been leaning in the right direction with that, although it may be that the true answer to free will may leave logic behind altogether, Aristotelian and otherwise. Free will of a sort may exist without being logically explainable at all.

My new idea which has inspired the writing of this post was itself inspired by the book I’ve been practically fixated on lately, The Trickster and the Paranormal, by George P. Hansen. I suppose I should apologize for writing about it so much over the past few months, but it really has made a significant impact on my understanding of the paranormal, of Buddhism, and of empirical reality in general. So please be patient. I probably will start writing about other things soon.

So, for those of you who haven’t perused the book, or my past several blog posts, or several of my latest videos with Brian Ruhe, the main point of Hansen’s thesis is that paranormal events arise from a breakdown of structure. We all have to have rules and regularity so that we can live in a world that is more or less explainable and predictable; but this regularity is not perfect, and there are liminal places around the edges of the rules especially where the supernatural can slip through the cracks and influence our lives.

From a Buddhist point of view not only the psychic powers attainable by meditation masters, but the workings of karma, rebirth, and even enlightenment itself could be considered paranormal or “magic,” inexplicable or even nonsensical to strict rationalists. According to Dr. Hansen, to some degree even some kinds of imagination, creativity, and charisma have roots in the paranormal and are not fundamentally logical, structured, and orderly phenomena. So it may be that free will also is paranormal to some degree and thereby beyond the scope of rational explanation regarding how it is even possible. It simply arises somehow from the numinous weak points between structured laws. That is my new hypothesis.

But there’s more: Hansen points out that reflexivity, self-reference, leads to paradox and the breakdown of regular structure—consider the self-referential statement “this statement is false.” Because it refers to itself it knocks itself beyond the scope of formal logic, and can be neither true nor false, neither A nor not-A. The mathematician Kurt Gödel demonstrated mathematically that self-reference can result in the breakdown of logical structure and the possibility of statements which totally defy Aristotelian laws of thought, like “this statement is false,” or “I am lying.” Furthermore, not only meditation, in which the mind observes itself, but even consciousness in the human sense involves self-awareness, reflexivity, which itself may lead to self-referential paradoxes.

Thus self-awareness, human consciousness in general, may be of necessity, by its very nature, fundamentally irrational and anti-structural (even setting aside the Buddhist idea that “I am” is the root of all delusion), and thereby conducive to magic and other violations of the “laws of nature.” And free will could be just one of those violations, logically flatly impossible but real nevertheless.

But ultimately, even if the rationalists are right and there is no free will, and deterministic cause and effect (with maybe some submicroscopic quantum randomness) are the inviolable law of the universe, still the fact remains that the more conscious you are, the more aware of various options you are, and the more choices you have in life, and the more likely you are to make the best choice. Just being mindful can cure you of lifelong habit patterns that have had you acting like a meat robot, and can help to free you from your own limited humanity. Socrates is said to have said that the unexamined life is not worth living; but a totally unexamined life, one devoid of paradoxical self-awareness, would be a virtually unconscious one, the life of an animalistic automaton, and devoid of even a spark of conscious divinity or magic, much less free will. 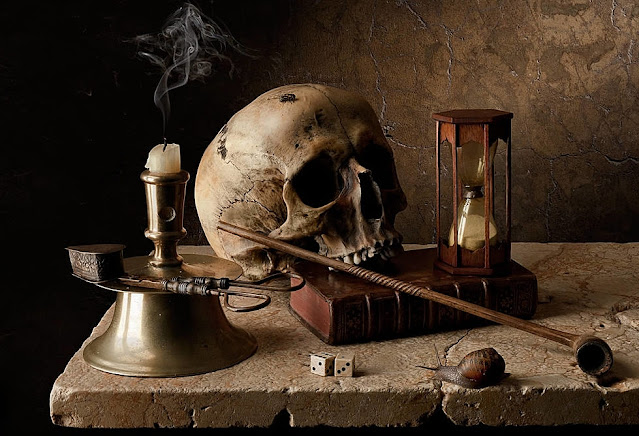