“The Primitives Knew That Taboo Violations Could Unleash Supernatural Forces…”

Owing to the contagiousness inherent in all that is sacred, a profane being cannot violate an interdict without having the religious force, to which he has unduly approached, extend itself over him and establish its empire over him. But as there is an antagonism between them, he becomes dependent upon a hostile power, whose hostility cannot fail to manifest itself in the form of violent reactions which tend to destroy him. —Emile Durkheim

I have just finished reading The Trickster and the Paranormal by George P. Hansen, which I think is one of the most important books I have ever read. It’s possibly in my top ten, and certainly the most important book I have read in the past several years. It presents a very nice theory regarding the paranormal and the divine which fits well into my mystical and not entirely rationalistic or materialistic point of view, and it has been a real paradigm changer for me.

The main point of the book is that paranormal phenomena arise from anti-structure, from ambiguity, fluidity, and “liminality.” The other side of the coin is that structure—classification systems, rationality, tradition, and also social hierarchies and other societal regularities, serve the purpose of holding the supernatural at bay. In other words, paranormal phenomena including psychic powers and religious “miracles” do not follow rules recognized by thinking beings, but arise through the cracks between the rules. Consequently parapsychology and supernatural events, including Bigfoot and UFO phenomena according to the author, will never become mainstream, and will never be proven, disproven, or conclusively explained by science. The paranormal, of necessity, exists only on the fringe of the human universe, but it does exist, because we humans can never lock down our world into something completely orderly, explainable, and predictable. There will always be cracks and weak spots between the rules. Literally anything is possible, but we cannot live in a world without order and regularity, so we tend to acknowledge the supernatural while at the same time fearing it and doing whatever we can to keep it away from us.

Rather than write a systematic survey of the whole book, I will remark on one chapter, called “Totemism and the Primitive Mind,” from which the title of this post was taken. So first I suppose I should try to explain what totemism is.

According to the Merriam-Webster Dictionary, totemism is “belief in kinship with or a mystical relationship between a group or an individual and a totem”; and also “a system of social organization based on totemic affiliations.” The same dictionary’s first definition of totem is “an object (such as an animal or plant) serving as the emblem of a family or clan and often as a reminder of its ancestry.” Totemism of some sort or another is relatively common in “primitive” civilizations all over the inhabited world, such as stone-age hunter-gatherer societies. Essentially how it works is that different clans within a tribe, or sometimes an entire tribe or people, will identify with a totem animal or some other force of nature, and will have elaborate taboos associated with the totem. For example it may be taboo to eat the flesh of one’s totem animal; or due to totemic associations there may be trees or elements which must or must not be involved in interaction with the totem, for example using the wood of a certain tree may be taboo for followers of a certain totemic clan. Intermarrying within the totemic clan may also be taboo. For that matter, there are many totemic associations that simply defy any attempt to find an obvious reason for them. They seem totally arbitrary, although of course the people of that totemist society take them very, very seriously.

Western academicians, especially anthropologists and sociologists, became aware of the widespread human phenomenon of totemism more than a hundred years ago, and a few of them made efforts to explain totemism scientifically and rationally. For the most part they failed miserably, and after an initial interest in the subject more than a hundred years ago, studies on totemism languished. To this day totemism remains inexplicable to almost all modern western academics and book-writers. It just doesn’t make sense to them; and thus the study of totemism in preliterate societies has pretty much disappeared from the study of cultural anthropology.

As Dr. Hansen points out in his book, though, the reason why modern academics fail to understand totemism is that they think like modern academics. In the recent western world, especially among the intellectual elites, a certain point of view called individualistic rationalism has been accepted as the default attitude of human beings, that is, the idea that a person naturally thinks of himself as a reasonable individual and even tries to be reasonable or rational. But individualistic rationalism is a relatively recent innovation in our species, and probably even the ancient Greeks and Romans would have considered the rationalism and personal alienation of a 21st-century western city dweller to be essentially insane. The average preliterate human had almost a kind of group mind with the members of his clan or tribe, and he identified more with the group than with his own individuality. Also, rationality is not only an artificial construct but it may not even fit reality very well.

In the modern west, for example, there is an exact Aristotelian demarcation between subjective and objective, imagination and reality, life and death, and so on. Everything has to be either A or not-A due to Aristotles’ Law of Excluded Middle. But primitive people just don’t think that way. One’s own mind could influence the outside world, and one’s departed ancestors were not totally dead even if they were no longer visible in this world. Furthermore, to the primitive mind the Divine permeates the mundane world, and blends with it. The primitive mind was more ambiguous, and also more “liminal.”

But that very ambiguity presented a problem: ambiguity, as Dr. Hansen theorizes (and I think he may very well be right), results in weak points in the regularity and predictability of our world, and opens a portal to the supernatural—and the supernatural can be very scary, and even dangerous. Furthermore it is experientially real. There is a natural order that we simply inherit, in the form of laws of nature; but with us humans and our abnormally developed intelligence those laws are not enough to maintain order and keep the paranormal at bay. There must be additional order in the form of social order and a more or less orderly systematization of the world. It is as though our greater force of consciousness is a potential chaotic force capable of overflowing and unleashing divine or demonic forces if it is not restrained and structured sufficiently to keep chaos at bay. Modern western people have enough science and political order, along with a millennia-long literary tradition which explains pretty much everything in the world (or seems to explain it), and that appears to keep the supernatural well out on the fringes of society where it deeply affects mainly just eccentrics. But by modern standards ALL tribal hunter-gatherers would be eccentric.

And so without any education in rational classification systems, primitive people still needed to classify and order and explain their world; and just about any method was better than the scary and wide-open vista of simply being here and now like an animal, except with a greater force of consciousness and an abundance of imagination. A shaman may have a vision indicating that members of the bear clan should avoid bathing when the moon is full, so people take that seriously and add it to the structure of their world which keeps dangerous and mysterious forces safely at a distance. It certainly doesn’t have to make sense to a modern rationalist, since the primary purpose isn’t so much making logical sense of reality as just making some semblance of an orderly classification scheme and a societal order that keeps the world explainable and more or less predictable. Totemism was part of that.

All civilizations have ways of keeping scary supernatural phenomena to a minimum. In the modern west the official narrative is that they simply don’t occur, with most people not really believing that they don't occur, and with the intellectual elite having a deep hostility toward the very idea of miracles or psychic powers or spirits. But even civilizations that openly acknowledge the supernatural have to have ways of protecting themselves from it. The medieval Catholic Church pointed to the miracles of Jesus and the saints as proof that Christianity was THE valid interpretation of reality, yet nevertheless other forms of “magic” such as even benevolent witchcraft, healing, or prognostication were seen as the work of the devil, and even monks or nuns who had a reputation for performing miracles were scrutinized with suspicion and often hostility by the Church itself, with the persecutions of some of them by the Holy Inquisition being an obvious example of this. More primitive and paganistic cultures maintained a peace with the gods and spirits by also strictly limiting the gaps in the formal structure, and leaving most of the liminal stuff to the eccentric shamans, or to specially supervised and controlled liminal events. Boys undergoing rites of passage into manhood would become classless, beyond normal rules, and/or ritually semidivine for a short time so that the magic of the profound transition they were to make could happen with the blessings of the Powers That Be; but it all had to be within the context of a protective structure, and anyone who flouted that structure could easily forfeit his standing in the tribe or even his life.

Anyway, The Trickster and the Paranormal is a fascinating book, and I highly recommend it. I’ll probably write at least one more post about it, next time about how it applies to Buddhism, and especially early Buddhism. But not now. 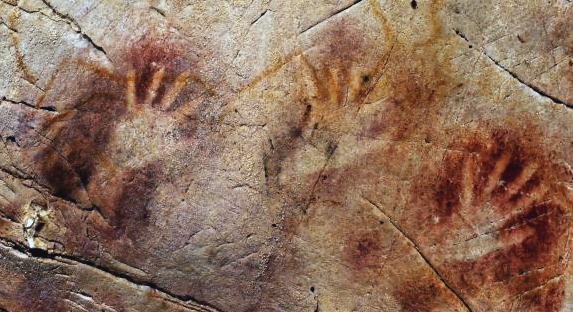