Channeling Resentment as a Mark of Successful Politics

Never ask, “Oh, why were things so much better in the old days?” It's not an intelligent question. —Ecclesiastes 7:10

The leader of genius must have the ability to make different opponents appear as if they belonged to one category. —Adolf Hitler

The whole predicament starts with the First Noble Truth of Buddhism: to exist is to suffer. With the possible metaphysical exceptions of a few fully enlightened beings, everybody is unhappy to some degree. Presumably even enlightened beings suffer physical pain and sickness; and even Gotama Buddha is said to have entered meditative “absorption” states in his final illness to tolerate more easily the racking pains he experienced.

This applies not only to us earthly creatures—humans and conscious nonhuman animals—but of necessity to all sentient beings in the entire phenomenal universe, including those inhabiting the highest heaven realms. Presumably this is based, at least in part, on the idea that any “being” believing that it is a “self” distinct from the entire rest of the universe, necessarily involves delusion, a sort of mental illness and lack of awareness of infinite perfection. Also I have hypothesized that in order for any being to exist in time, that is, to experience change over time, which presumably would be required for any being to be conscious in a more or less human sense, it would require some kind of chronic dissatisfaction or unease driving us forwards from one conscious moment to the next.

But regardless of the reasons why we suffer, the fact remains that all of us do suffer—from boredom or a fleeting worry that the happy times will end if from nothing more serious. Furthermore, to aggravate the situation, most people are ignorant of the Second Noble Truth, namely the idea that all suffering is caused by desire, which is a volitional state, and therefore all suffering is ultimately unnecessary and self-inflicted. (Even leftist western Buddhists have difficulty accepting this, since they appear to have been converted to the cultural Marxist dogma that suffering is really caused by social injustice and systemic oppression.) Everyone suffers, and always will suffer, no matter which social, political, and economic system is in place, no matter how many diseases get cured, no matter how comfortable their surroundings are, no matter what. Some people suffer more than others, but we all suffer.

So because of the almost universal ignorance of the Second Noble Truth, with its corollary that suffering is ultimately volitional, self-inflicted, and unnecessary, people want to blame something or someone other than themselves for their own unhappiness. They want to blame their boss, or the government, or straight white men, or the Jews, or a dysfunctional family member, or Capitalism, or Socialism, or the weather, or whatever, for their own unhappy refusal to accept The Way Things Are.

This is a big reason why colonialism pretty much ended during the twentieth century. Young men especially, who tend to be restless and prone to prideful anger, were raised to a high enough standard of living by the British and French especially that they no longer had despotic kings and hunger to inspire misery within their hearts, so they adopted the convenient rationalization of colonial oppression to account for their own chronic unhappiness. “We are unhappy because we are second-class citizens in our own nation! We are unhappy because we are not independent and foreigners are robbing and oppressing us! We are unhappy because we can’t vote!” was their comforting belief, ignoring the First and Second Noble Truths and the fact that they would be unhappy regardless, and also ignoring that overall most of them were better off, and probably had more human rights, as subjects of Queen Victoria.

They blamed their own self-generated, self-inflicted dissatisfaction with reality on the idea that they were not “independent,” although history has shown that being a colony certainly can have its advantages. A classic example of beneficial colonization is the relative prosperity of ancient Britannia under the Romans; and Burma under the British was the richest country in Southeast Asia, and after independence it quickly became the poorest…although it is human nature to ignore history, as well as to be chronically dissatisfied.

A great, or at least a successful leader persuades the populace that they are unhappy because of “THIS,” and that with some sacrifice and due patriotic obedience he will ensure that “THIS” will be defeated and they will then live happily ever after. This is not too difficult because pretty much everybody is unhappy to some extent and is inclined to blame something outside himself for his unease. Also people are conformist social animals who too often simply believe what they are told to believe. All the government has to do is to get everyone (or enough of them) focused on something unpleasant sufficiently that they see THIS as their main problem. Also I may as well add that clever rulers of the past have unified their people against some outward scapegoat in large part to prevent them from unifying against the rulers themselves. A truly great leader tends to be a charismatic one whom people implicitly trust when he tells them that they are unhappy because of “THIS”—or, if he his fortunate, the nation really will have some obvious enemy against whom it is easy to unify the people.

Conservatives talk about how America started turning to shit, with the Republican establishment energetically participating, around thirty years ago. It is no coincidence that this corresponds with the collapse of the Soviet Union and the end of the Cold War. One of the main reasons why America was so prosperous during the twentieth century is that it was unified against Communism as the common enemy. But after the commie scum was “defeated,” more or less, the common enemy against whom the people were united evaporated; and it was gradually replaced by the bogeyman of the globalist Brave New World Order, the straight white male. Even a lot of indoctrinated, spineless, culturally emasculated straight white males have been on board with this. The new left especially began the socially and culturally self-destructive unification of half the population of the west (the less productive, less strong, less rational half) against the other (consisting primarily of the same white male demographic that created and maintained the civilization for millennia). Chronically unhappy leftists embraced the new scapegoat because, of course, the Marxist element of their belief system is spiritually dead and insists that human unhappiness comes from outside oneself, when of course really it doesn’t.

Then along came Donald Trump, who had enough charisma and enough political intuition (and enough intelligence to see plain facts) to unite half the nation of America against the corrupt globalist establishment bent on selling out the nation to socialized globalism. The common enemy wasn’t some foreign enemy, it was the ruling class itself! Obviously, the corrupt establishment could not tolerate this focusing of resentment against themselves, regardless of how merited it was…and so they managed to unite the other half of the population against the President of their own freaking country. It wasn’t just that the corporate multinational establishment, with globalist politicians on the payroll, rigged the 2020 election; the entire corrupt system was rigged against him from before the day of his inauguration in 2017. They raged against him with cynical and/or hysterical fury, and were willing to stoop to dishonest, illegal, and utterly despicable Machiavellian means to get him out of the way, so they could unify the people against anyone or anything but their own sorry asses. I must admit, it is understandable.

Trump’s famous statement that the establishment Swamp wasn’t really out to get him, but rather they were out to get the citizens of the USA, with Trump merely being in their way, is largely true. They used much of the same propaganda-induced hysteria against Trump (“he’s racist! he’s a misogynist! he’s a Nazi white supremacist! he’s evil!) that they used, and continue to use, against the stereotyped bogeyman Whitey.

Nevertheless, ultimately, all politicians capitalizing on the chronic unhappiness of the common person are engaging in deception, since nothing that they do, or can do, will ever result in a truly happy populace. The best they can do along these lines is to promote wisdom and peace of mind in the people, although as a rule they are unable to do it because they lack it themselves. And this is especially true of the ones whipping up hysteria and hatred against their own national heritage, and their own civilization. 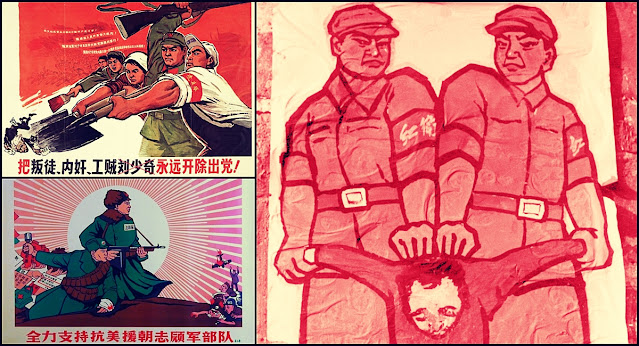