On Celibacy, MGTOW, and Naked Women

To set up what you like against what you dislike–this is the disease of the mind: When the deep meaning is not understood, peace of mind is disturbed and nothing is gained. —Hsin Hsin Ming

The whole nature of man presupposes woman, both physically and spiritually. His system is tuned into woman from the start, just as it is prepared for a quite definite world where there is water, light, air, salt, carbohydrates etc. —Carl Jung

Recently I posted the third of a small series of pictorials featuring young women in a state of nature, so to speak, sitting in meditative poses. (I’ve also posted a number of other lavishly illustrated essays, some of them naughtier or at least more sexually explicit than the “Beauties of Meditation” series.) I received some disapproving pushback on this…apparently being reactions coming more from some MGTOW fellows who read the blog than from strict and/or puritanical Buddhists. Then I was having an abnormally bad day one day and replied testily to one of these MGTOW comments, thereby, I presume, insulting some of the readers of this blog. Consequently I feel like I should elaborate on the issue, and maybe express myself in a less abrasive manner.

I have written on the subject of celibacy on the older, more Buddhist blog, particularly here. Also I wrote a kind of contra MGTOW post on this here particular blog, namely here. What follow are just some reflections that have arisen lately over the issue at hand.

First, a few philosophical ruminations, including one or two that I touched upon in the aforementioned comments section after I had mellowed and was having a better day. I think it was in a very strange book called Seth Speaks that I found an interesting comment to the effect that “you will not attain peace by hating war, you will attain peace by loving peace.” This applies to all sorts of things, not just peace and war. I’ve taken radical feminists to task along these same lines: if feminist activists are active out of love for their fellow women and a sincere desire for their wellbeing, then fine, and what they accomplish may actually be something positive and beneficial. But if they are activists motivated by resentment or even anger and hatred against men, then no matter what they accomplish it will wind up being more negative than positive. Negativity begets more negativity, regardless of the issue at hand.

In short, whatever you struggle with tends to get stronger. A fat lady struggling on one diet after another is simply reinforcing her own struggles, and she will probably fail in her attempts, unless she can stop fighting and obsessing and simply and calmly cultivate healthier eating habits (possibly by transferring her urge to struggle against something to something else). A person motivated by resentment, desire for vengeance, or even righteous indignation is creating “unskillful karma” that may be successful in the short term but will inevitably lead to negative results, because the cause (the motivation) was negative, or largely negative. This applies even to struggling against one’s own defilements or bad habits: a Khmer Rouge attitude of destroying one’s enemies, even if they are one’s own internal defilements, simply makes more problems, and generally doesn’t work out so well. It is better to do one’s best to understand the situation and then take reasonable action with some semblance of equanimity and calm. Acting against something, with an attitude of againstness, may strengthen your own side, but it tends to strengthen the other side also through a kind of isometric tension; and even if you attain your goal by being against something or someone, you have created this energetic imbalance that will come back the other way, back towards you, eventually.

So I guess that is two main points that I conflated: one is that outward struggle against a perceived opponent tends to strengthen the opponent as well as oneself, and the other is that the negative motivation of resentment or whatever creates “bad karma” that will also result in increased againstness being returned to the original sender of it. In fact the bad karma isn’t in some metaphysical limbo waiting for its fruition to manifest, but is lurking around in the mind, mostly subliminally, all the time.

Consequently, using aversion as a motivation for dealing with any perceived problem will always produce new problems even if it works in the short term. Negative karma (=negative volition) begets negative effects. Also, the aversion or againstness can become habitual, so that after one problem is “solved” one habitually starts looking around for something else to be bothered by, and to struggle against.

A serious and difficult essay I’ve been meaning to write, but have been putting off much in the same way that Dostoevsky put off writing his magnum opus novel (portraying a damned soul achieving redemption) his whole life, pertains to the idea that all phenomenal existence requires a kind of kinetic friction of opposites. In science this starts all the way down at the subatomic level; for example an atom is the balanced kinetic attraction/aversion of negatively charged electrons and positively charged protons. The human universe is composed of conflicting, or at least mutually reacting, opposites such as stasis/change, self/other, truth/falsehood, good/bad, pleasure/pain, happiness/unhappiness, right/left, beauty/ugliness, heart/head, security/freedom, work/play, and on and on; and one of the really big ones for us is the occasionally oppositional dichotomy of male and female. This kinetic balance of complementary at best, oppositional at worst energies results in some of the most phenomenal ecstasy and also some of the greatest misery that we humans experience on this plane of existence. Romantic love can be a real roller coaster ride, largely avoiding smooth, neutral sailing in favor of the ups and downs of emotional positive and negative.

Celibacy as an advanced spiritual practice attempts to remove this dynamic and thus to weaken our foothold in samsaric phenomenal existence by attaining to a bland state of sexual neutrality. Also, celibacy is a liminal state that disrupts universal structures and pairs of opposites and thus allows for the chaotic and miraculous to enter this world—although that is a subject I’ve pursued elsewhere. (Other liminal beings like psychics and witches may cultivate a different but still somewhat effective liminality through bisexuality, which also breaks down the hard masculine/feminine dichotomy.) But celibacy really works, spiritually I mean, only if the struggle and friction of opposites is transcended. Anything that reinforces the dichotomy (any dichotomy really) reinforces one’s samsaric existence. In my case I have been too naturally heterosexual, or polarized towards masculinity, or lonely, or whatever, for celibacy to be entirely a success…let alone all the other issues on which I take a polarized stand. It reinforces my samsaric existence but at least I can accept THAT—because struggling against that, like anything else, also reinforces samsaric existence. You shouldn’t even be against your own againstness. It’s tricky.

Anyway, of course boycotting women is a nonstarter for a civilization or a society. Men and women have to come together to produce the next generation. Furthermore, most people come closest to true genuine love via their emotional relationships, with their family for example, and the fact of many failed cases, karmically conditioned in individual existences, does not indicate that the whole situation should be discarded. Seriously, love is the only thing in this world that makes life worth living. (So removing the intense intimacy of romantic love through celibacy also helps to make worldly life truly appear not worth living, in a kind of nonverbal self-fulfilling prophecy.) And bear in mind that although men and women are not equal in every possible way, we are equal with regard to capacity for wisdom and foolishness. Women are just as foolish as men are, and no more.

It is a natural instinct of the human male to be attracted to women, as indicated by the statement by Jung quoted above. Liking each other is better than hating or resenting each other, and I consider woman-bashing MGTOW types to be essentially the male version of man-bashing obnoxious radical feminists. Going with Buddhist philosophy, if you can love all women as though they were your mothers, sisters, or daughters, then that’s great; although it certainly isn’t for everyone.

So, do what you do, but do it with positive or neutral motives if at all possible. Acting to improve a situation is one thing, and acting out emotionally AGAINST a situation is entirely another. Every thought and feeling has its effects.

Also, I may as well let you all know that I already have enough pictures collected for a fourth installment of Beauties of Meditation, and maybe even a fifth. So you have that to look forward to, in the not too distant future. One reason why I post them is to push the envelope and rattle cage bars in a politically incorrect manner. You have been forewarned. 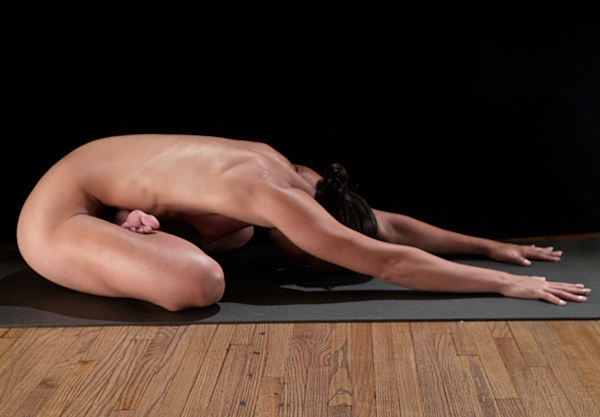